How to manage a crisis….the NASA playbook

Apollo 13 was arguably NASA’s most successful mission, for those that don’t know in 1970 a “routine” mission to the moon went horribly wrong when an oxygen tank exploded. Astronaut Jim Lovell and his crews’ lives where only spared due to the incredible management skills of flight director Gene Kranz and his experienced team at mission control in Houston.

So what can we learn from Gene’s decisions and strategies? I recently took a course practical problem solving as part of six sigma white belt training. We were shown clips from the Hollywood movie starring Tom Hanks and asked to look for progress through the practical problem solving technique and consider the behaviour and responses of the NASA team. While I have no inclination as to how much of the film actually happened, lets see what happened 25 years before Jack Welch of General Electric unleashed six sigma on the western world

It’s very rare to be able to understand the problem from your desk. You need to go and visit the source of the problem, if your machine is broken you need to examine it.
During the film the astronauts are frantically looking at their warning lights and shouting at each other because the ship is uncontrollable and they don’t know what is wrong. It’s not until Jim Lovell looks out the window that he sees the gas leaking and identifies the initial problem.
2 Strong Leadership/ Good Communication

Gene Kranz’s way of thinking and co-ordination of the team ultimately saved the lives of the crew. It is a sign of a good manager that during the initial realisation of the situation the ground crew where panicking but Gene’s character tells the team to talk to him one at a time and focuses them by saying failure is not an option.
3 Visualise the problem

The original mission was to land on the moon but it became quickly apparent that this objective was not possible and the new object was to get the flight crew home alive.
Nowadays we’d use MS Power Point, CAD, and a hole host of other applications to simulate, communicate, and clarify the problem but the principal is the same.
4 Test, Test, Test

Once the ground crew had identified that in order to land they needed to use less than 20 amps of power they simulated the test sequence repeatedly until were certain the crews lives would not be put in any further risk. While your day to day operations may not involve anybodies lives being at risk, off line testing ensures that impact on the customer and the process is kept to a minimum. If you need any further proof of this look at how the European and American car market is doing in comparison to the Japanese. Up until the early 90’s  some manufacturers still used a development cycle that involved customer feedback after the release date.
5 All hands on deck!

As soon as the accident had happened, Gene Kranz ordered the team to get every person who had ever worked on the project on site to optimise productivity and ensure all the knowledge was present. Even though we can now do this virtually its important to have all the key stakeholders involvement during key problems. That means not having the manager make the decision, but the person that does the job, their supervisor, the person who did the phase before the current one, and the next phase (especially if that’s your customer).
I could talk here about some more technical aspects of problem solving such as 5C or PDCA but I’ll leave it at that for now as this is my first attempt at a blog. I’d like to thank Richard Park for holding the workshop and getting us to think about these things.
Blogbusinesscommunicationleadershipproblem solvingteamwork 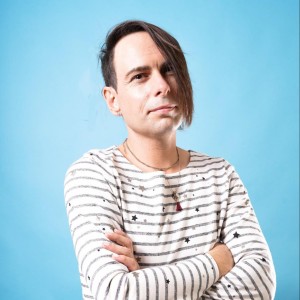 How To Get the Most Out of Your Day